Scandinavian Auto Logistics (SAL) of Esbjerg, Denmark, named the best Outbound Logistics supplier in Europe by the Renault/Nissan Alliance. This is just four years after cooperation between SAL and the car giant began.

In just four years, Esbjerg-based Scandinavian Auto Logistics (SAL) has become the best-performing vehicle terminal in the Renault/Nissan alliance’s extensive European logistics network. The proof of this was the presentation of an award at a major event for all suppliers held last Friday in Paris, when COO Steen Hansen and CCO Michael Lodberg received the honour on SAL’s behalf.

Renault/Nissan evaluates its suppliers on many different parameters, e.g. timely delivery, communication and innovation, and in 2017 SAL achieved the top scores, in sharp competition with other, far bigger logistics companies from the whole of Europe.

Cooperation between Renault/Nissan and SAL took off in earnest in 2013, and since then the Danish company has consistently been among the best suppliers in its category. In 2016, SAL went all the way to the top in the annual awards ceremony.

“This wonderful result is largely due to the skills of our employees and the level of cooperation between them,” says Henrik Otto Jensen, CEO at SAL.

SAL’s role is the receiving and preparation of new vehicles in Denmark and their distribution to dealerships. More than 70,000 vehicles are received every year at the Port of Esbjerg by ship, a figure equivalent to almost half the vehicles sold in Denmark.

SAL was founded in 1999 in cooperation with Italian shipping company Grimaldi Lines and NielsWinther Shipping, and since then has grown from just a few persons to a total workforce of 42. Apart from Renault/Nissan, SAL handles many other vehicle brands. 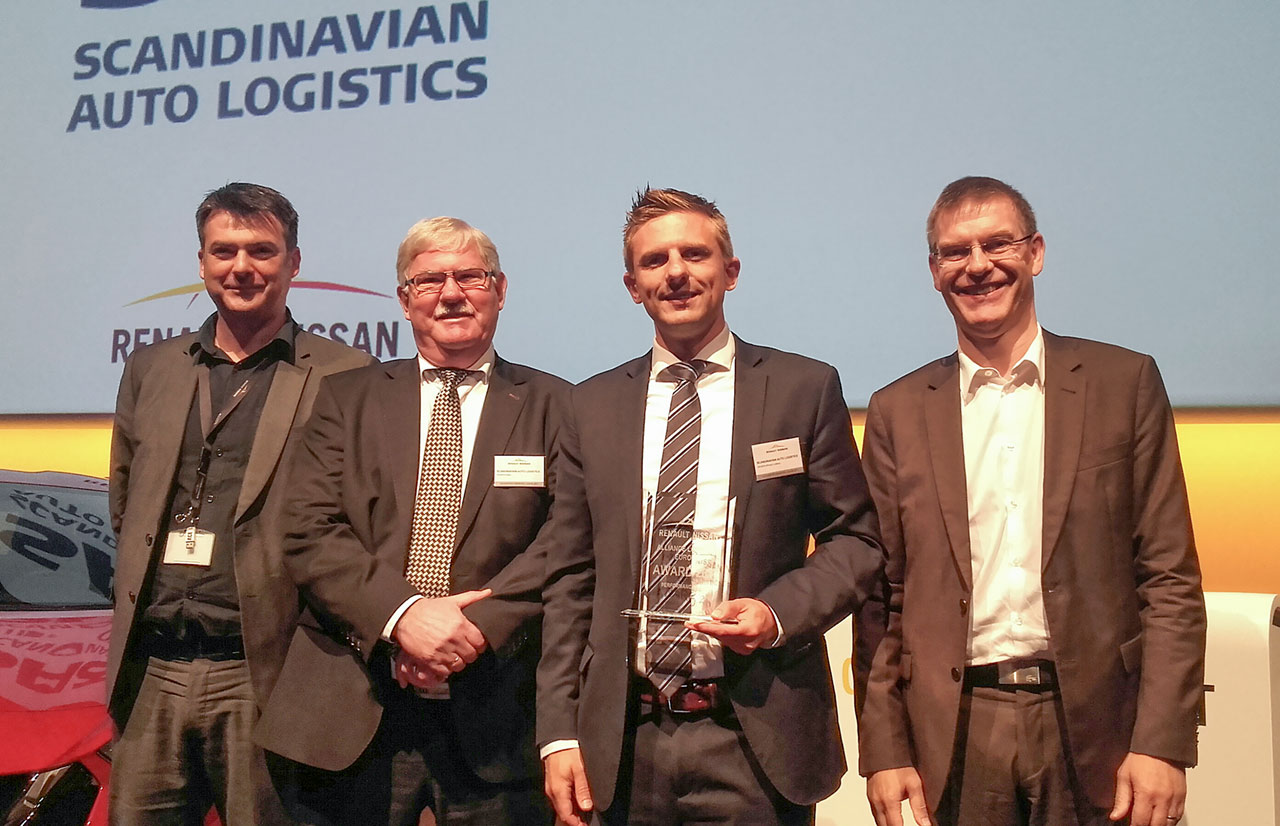 ”This wonderful result is largely due to the skills of our employees and the level of cooperation between them.”

This website uses cookies to improve your experience while navigating through the website. These cookies store the cookies that are categorized as needed in your browser, as they are important for the basic functions of the website to work. We also use third-party cookies to help us analyze and understand how you use this site. These cookies are only stored in your browser with your consent. You also have the option to opt out of these cookies. However, opting out of some of these cookies may have an impact on your browsing experience.
Necessary Always Enabled
Necessary cookies are absolutely essential for the website to function properly. This category includes only cookies that ensure basic functionalities and security features of the website. These cookies do not store any personal information.
Non Necessary
Any cookie that may not be particularly necessary for the website to function and is used specifically to collect the user's personal data via analytics, advertisements, other embedded content is referred to as unnecessary cookies. It is mandatory to obtain the user's consent before these cookies are run on your website.
Analytics
Analytical cookies are used to understand how visitors interact with the website. These cookies help provide information about measurements of the number of visitors, bounce rate, traffic source, etc.
Performance
Performance cookies are used to understand and analyze the most important performance indices on the website, which helps to provide a better user experience for the visitors.
Advertising
Marketing cookies are tracking cookies that record your movements on the website. Visitors to the website are assigned a marketing cookie, for use in further advertising.
Advertisement
Advertisement cookies are used to provide visitors with relevant ads and marketing campaigns. These cookies track visitors across websites and collect information to provide customized ads.
Save & Accept
Powered by